Four students from St John Bosco are members of the Liverpool Schools Parliament, with one of those being a Young Lord Mayor. They attended the Genocide Memorial event that was helpd as part of their half termly LSP meeting. The event purpose was to mark the 19th anniversary of the Rwandan Genocide. Liverpool’s Deputy Lord Mayor, Councillor Gary Millar, and Rwanda’s High Commissioner, His Excellency Mr Williams Nkurunziza, laid wreaths at a new memorial stone in St John’s Gardens for those who lost their lives.

Deputy Lord Mayor, Councillor Gary Millar, said: “It’s extremely important that we remember the victims of such atrocities and take the opportunity to learn from the mistakes of others to ensure such crimes do not take place in the future.

“This service is our way of honouring all those who suffered and keeping their memory alive.”

His Excellency Mr Williams Nkurunziza, said: “Remembering honours and dignifies the memory of the innocent lives lost in the pogrom. We welcome the support of our friends in commemorating this very significant event in history.”

During the ceremony, a candle was lit by survivor of the genocide, Philomene Uwamaliya, accompanied by the Deputy Lord Mayor and the Young Lord Mayor, Antonia Hamer. Antonia also delivered a moving speech on behalf of Liverpool Schools Parliament.

The four St John Bosco students who are member of the Liverpool Schools parliament are: 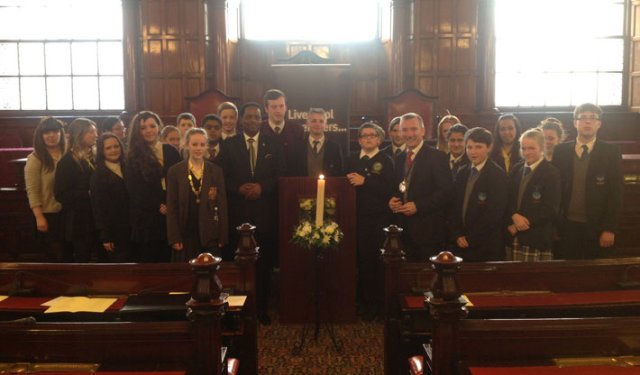 Staying Safe When Returning to School

Message for our Students