On Tuesday 6th October, all Year 7 pupils were involved in ‘Interplanetary tours’ as part of World Space Week.

From Neil Armstrong’s first steps on the moon to the photographs of alien landscapes sent back by “Curiosity”, the Mars Rover, since it landed on the planet in August, we’re all entranced by our neighbours in the solar system. Taking this one step further, this intriguing workshop asked pupils to imagine the day when, despite the ongoing dangers, interplanetary tours are possible. Informed by the discoveries of such space ware as Voyager, Hubble and Cassini, they planned, prepared and presented short plays exploring the problems posed by visiting the sulphurous volcanoes of Venus, the gaseous stormsof Saturn or the icy plains of Pluto.

Their plays included problems such as Alien invasions, lack of food, fear of space travel and time to travel between planets but also included lots of real facts.  All the girls were very enthusiastic and everyone got involved. They were full of ideas and the plays were very entertaining. A great day! 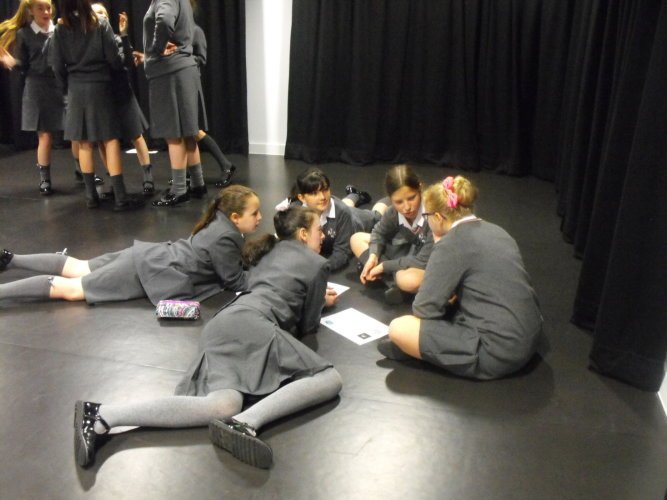 Its a Gold for Attendance!