The Staff vs Sixth Form dodgeball billed as the “Match of the century” under the lights of the Bosco Arena under a record capacity sell-out crowd had all the makings of a classic, and it did not disappoint. 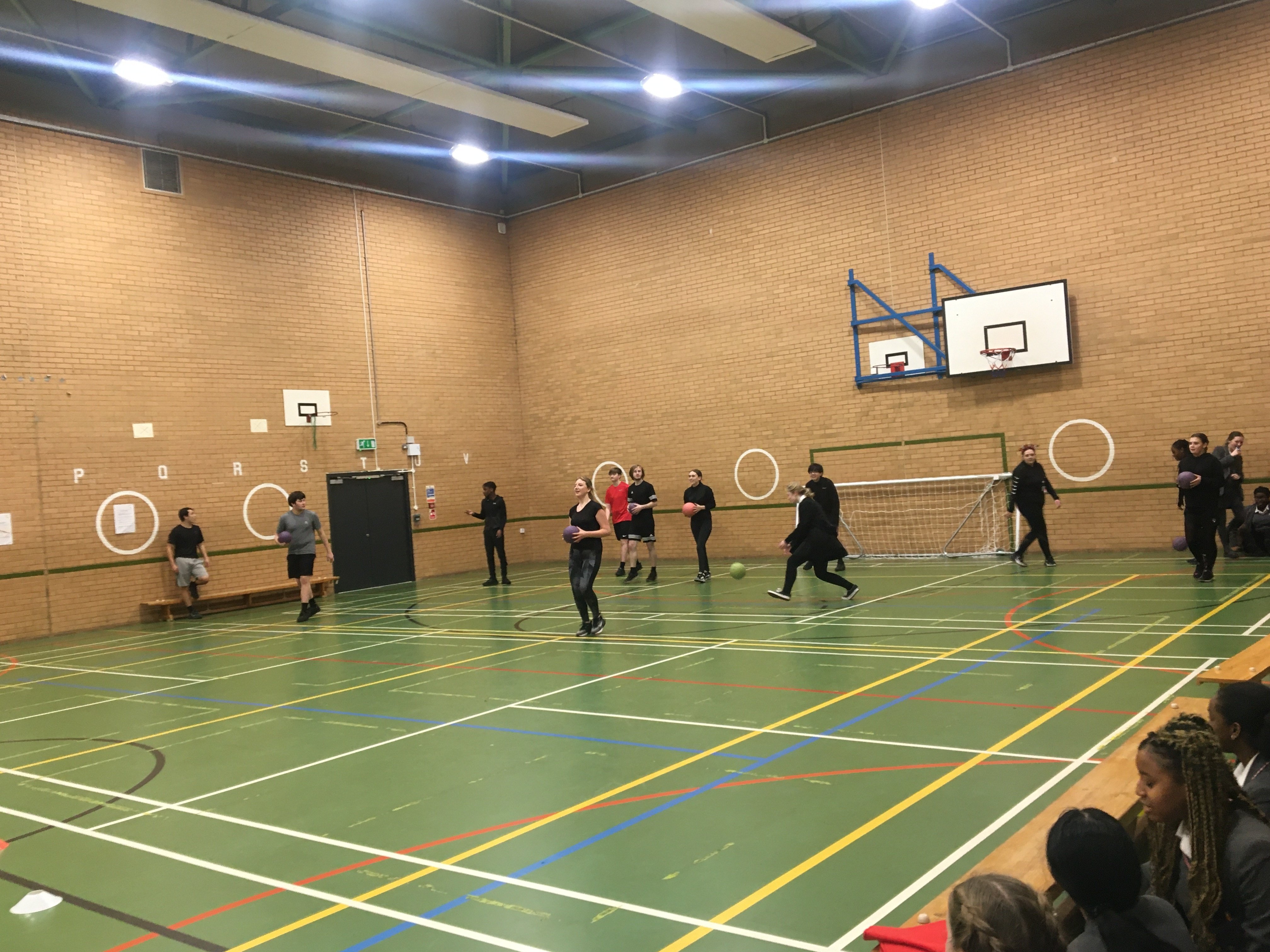 A lightning start to game 1 with referee Alison barely able to keep up with proceedings. Plenty of big hits and excellent catches by both teams to excite and wow the crowd, tickets being worth every single penny. The exuberance of youth was apparent, but the experience told with the staff slowly but surely depleting the sixth formers and they were left with just a few students to a full squad of staff ready to pounce and win the first leg in a dominating finish to the game.

Game 2 and there was a much cagier start to the game. This time around there were a lot more tactics involved from the Sixth Formers, and this could be seen in the team levels. A lot of back and forth for both teams, staff in and out as big hits and catches thrilled the atmospheric crowd. A late substitution with staff bringing in Mr Hill was met with rapturous applause from the crowd, which soon turned to jeering when they thought he incorrectly stayed in the game.

The staff experience once again shone through with the Sixth Formers slowly but surely being depleted and left with only 1 student to around 10 or so staff. However, staff were not to know that Jack Bishop was dodgeball’s very own up and coming superstar akin to Kylian Mbappe. Single-handedly dragging his team towards victory, one by one picking off the staff members. Mr Powell – gone, Mr Crowder couldn’t dodge the ball to the leg – out. A big catch to bring a team mate back in and that was another staff member down. A big hit to the face took Mr Abrams out in dramatic fashion. He eventually brought the game back to 2 vs 2.

The comeback was nearly complete. This time, however, it wasn’t to be for Jack as the only thing that could beat him was the final blow of the referee’s whistle; time had escaped him and the match was a draw meaning an overall victory for Staff and he was left to wonder what else could he do for his team, much like a dejected Mbappe on the pitch being consoled by teammates and opposition. A big future ahead of this man in the dodgeball world and staff will be very weary of any rematches in the future.

A leader in Catholic Education - An Interview with our Headteacher, Darren Gidman