Shakers and I have None

Year 13 A Level Performing Arts students presented a dynamic, gritty and hilarious double-bill of drama to year 9-13 students in December.

‘Shakers’ by John Godbur is a minimalist physical theatre comedy set in a 1980’s cocktail bar. Lizzie Ennis, Lauren McQueen, Kelsey Windle and Rachael Barnes developed specialist skills in physical comedy, mime and multi-role to portray a wide range of different characters that had the audience in stitches; from Northern cocktail waitresses, Liverpool party girls on a 21st birthday night out, arrogant and posh business men and trendy lads who describe themselves as “...a cross between Brad Pitt and River Phoenix – a sort of River Cruise”!

‘Have I None’ by Edward Bond in contrast is a serious drama set in a post-apocalyptic society where memory and family connections have been done away with, excess possessions are banned and personal ownership is limited to a chair, a shared table, a fridge, basic clothes and weekly rations. Louvaine Inman, Charlotte Donegan and Samantha Jones presented three ‘off-kilter’ characters with emotionally charged relationships and an undercurrent of violence and aggression.

The two theatre companies worked extremely hard and performances were imaginative and thought-provoking with outstanding characterisations. The year 13 actors received numerous accolades from students and staff alike. Performances were filmed and will be sent off to the Edexcel moderator to form part of their A2 coursework. 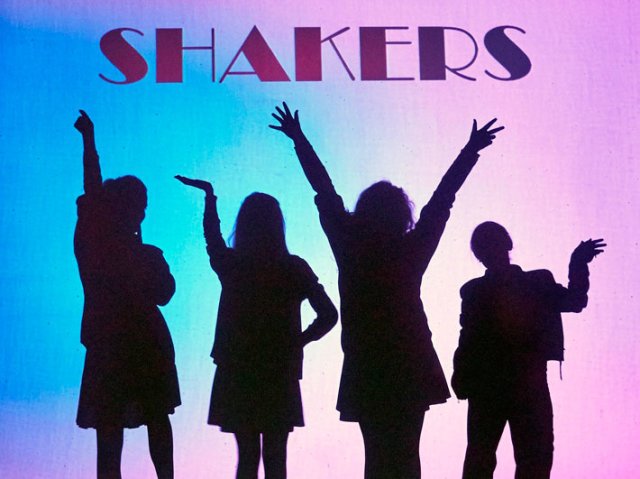 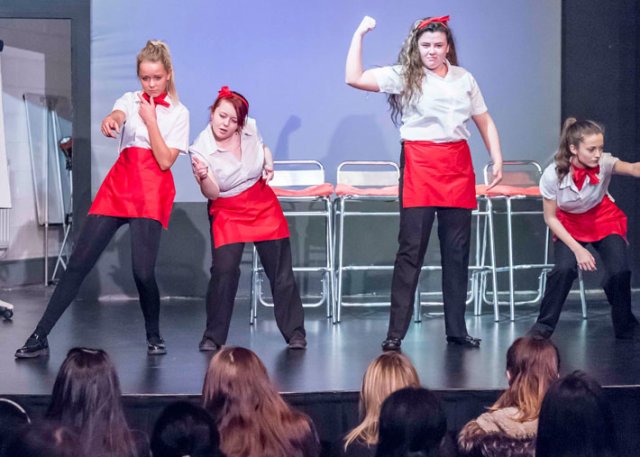 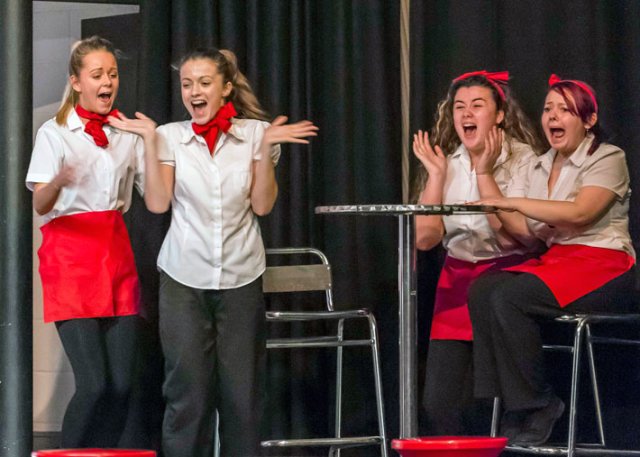 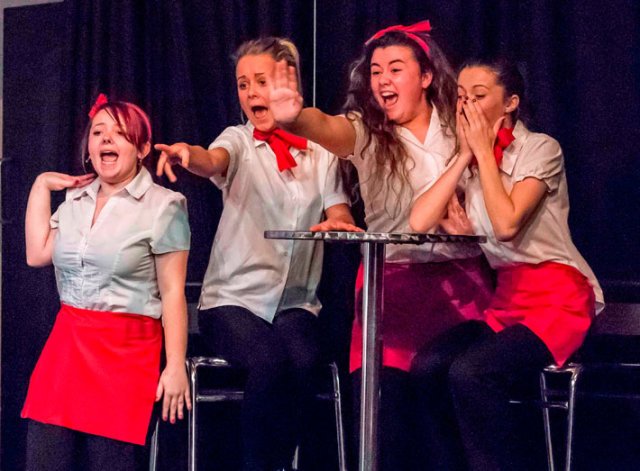 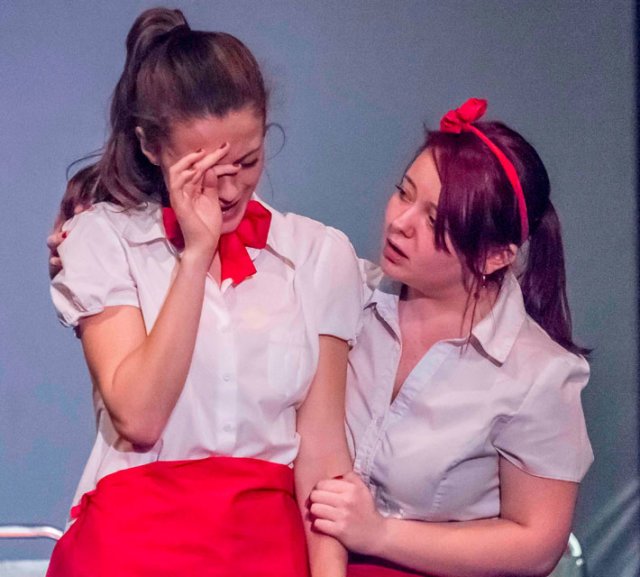 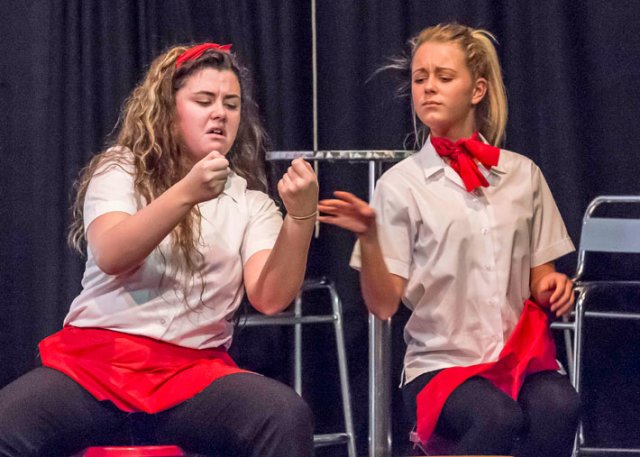 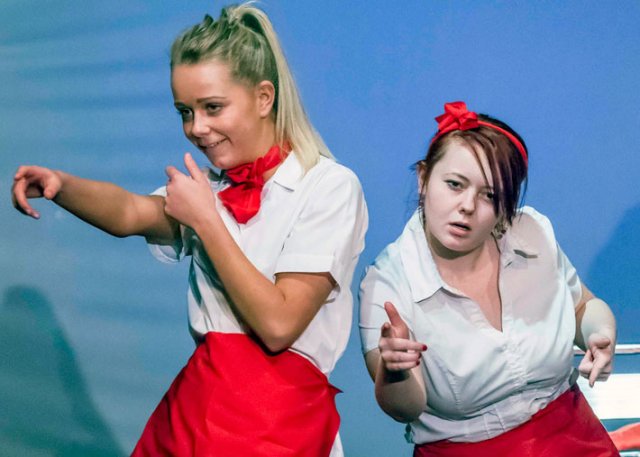 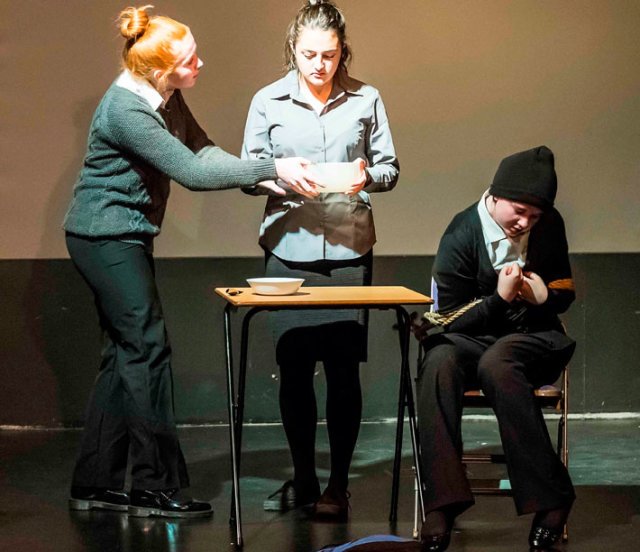 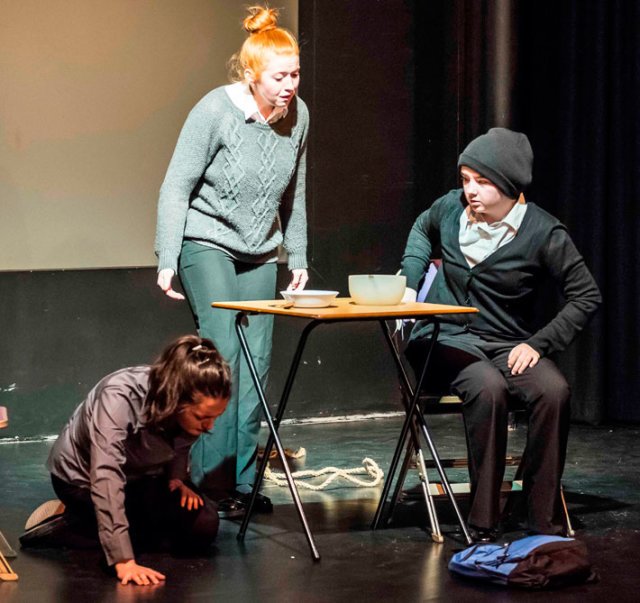 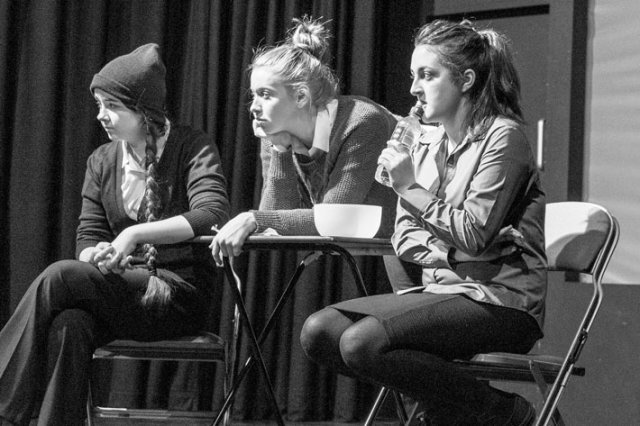 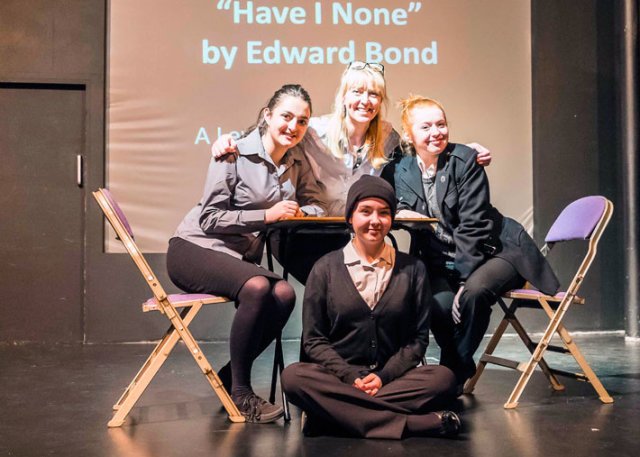 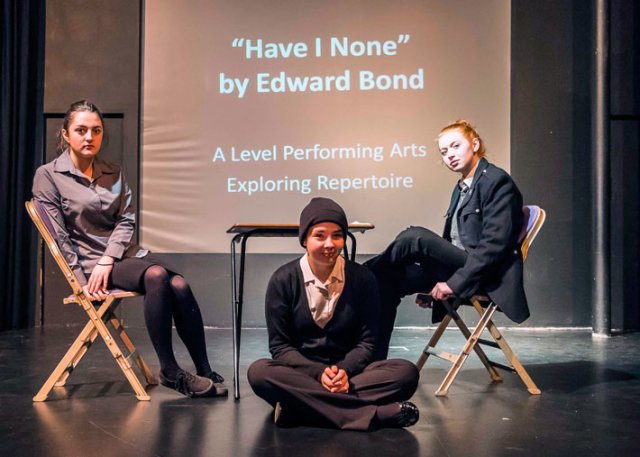 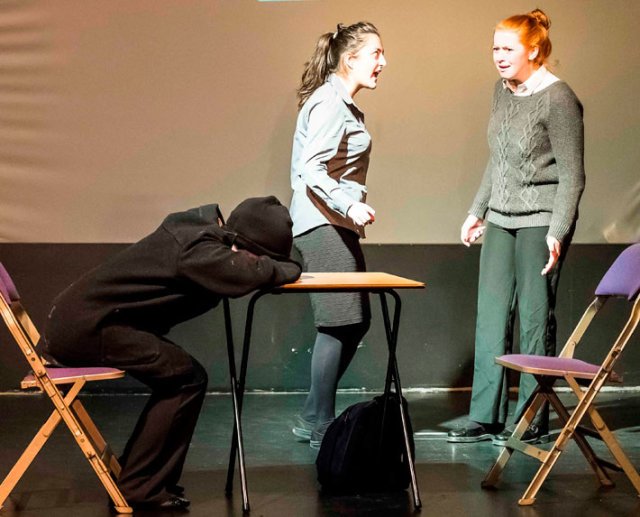 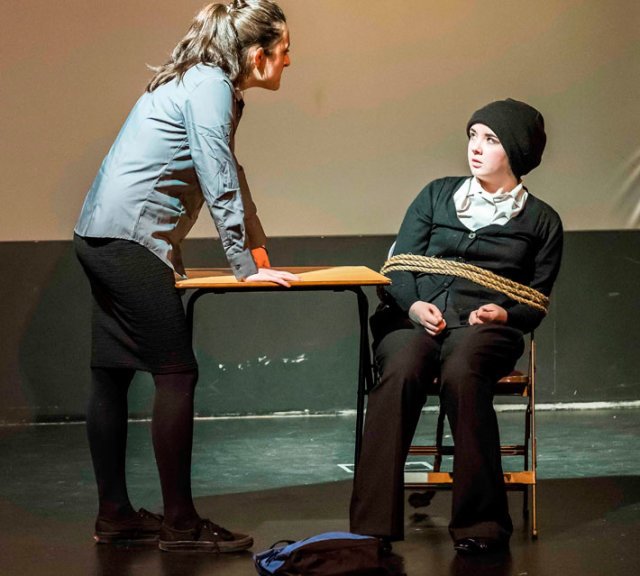 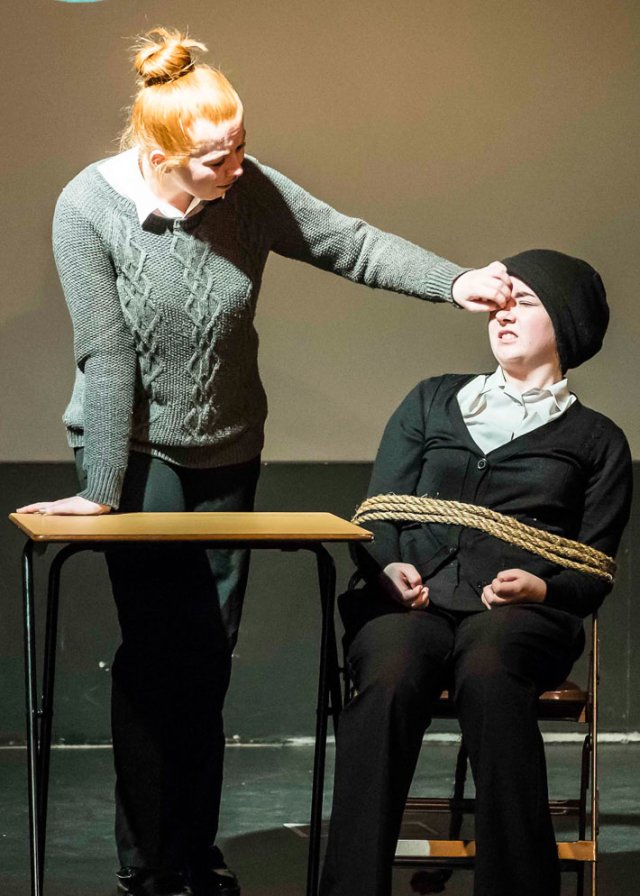 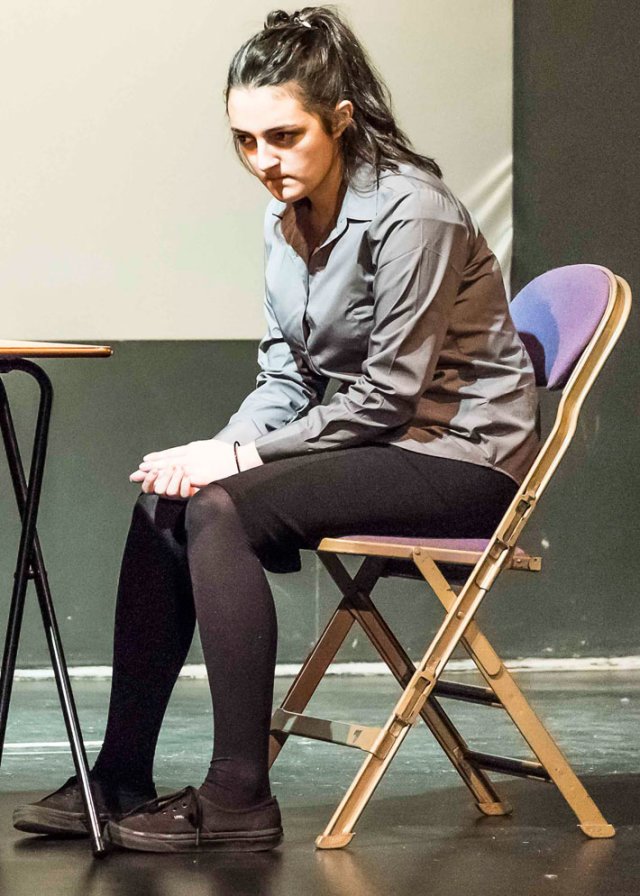 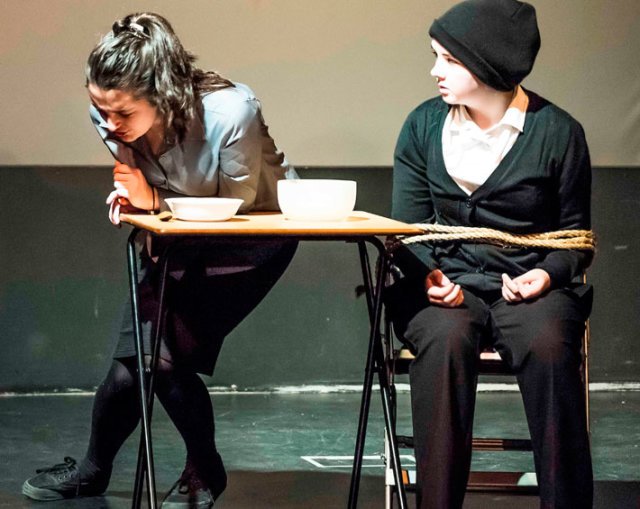